I’m not that impressed with the 2018 Porsche Macan S. Yes, it’s a Porsche and yes it’s fast, but what else do you get for your money? That’s the real question? A base model Macan starts at $47,800K and this S model I decided to go with has an MSRP of $55,400 just to get it out the door.

In typical Porsche fashion, just like they did with the 2018 Porsche Panamera, the Macan has literally a laundry list of ala carte options. On one hand, that’s totally cool, but on the other hand what it really means is you’re getting shit for standard equipment and options. And honestly, that’s par for the course with German car makers, especially Porsche.

For 2018, the Macan only sees minor improvements, including new interior and exterior color choices, enhanced infotainment capacities, and a new Sport Edition model. The latter is only available with the base engine and features additional standard equipment that would cost almost $5000 more if individually equipped.

These include special 20-inch wheels, sport exhaust, air suspension, navigation, and Porsche Connect Plus, along with the Sport Chrono and Premium packages.

Why I Recommend the Macan S

I would select the 340-hp twin-turbo V-6 Macan S. Interior trim varies just a little from the entry Macan into the Macan S into the Macan GTS, so the majority of the price bulge between versions is associated with adjustments to powertrains and other mechanical equipment.

It’s simple to add thousands of dollars to the price of your Porsche by ticking items off the options list, but it is ideal to exercise restraint when staring down the Macan’s order list lest this Porsche be the final thing you’ll be able to afford to buy.

The rub is you have to get some packages, else your 2018 Porsche Macan S won’t have any options on it. It’s always a red flag for me when you have to pay to get Apply CarPlay, especially at this price-point.

Here’s the list of standard tech equipment on the Macan S. 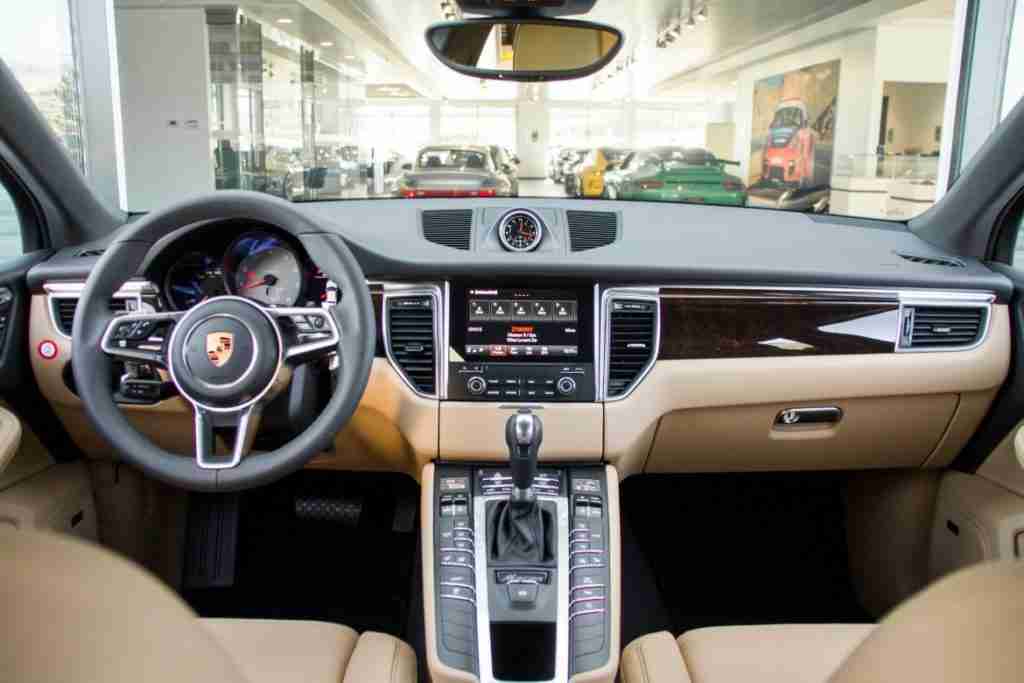 At first glance it may appear like you’re getting a lot of standard tech-features with the 2018 Porsche Macan S, but not really. It’s all pretty basic stuff, meaning we expect to see these things on new cars. But on a Porsche, I expect to see a lot more.

Although they don’t compete against each other, I’d rather have the 2019 Dodge Durango SRT or 2018 BMW X3 M40i. You’re getting a lot more value for your money.

Here are the standard features on the Macan S:

The 2018 Macan features Porsche’s most current technology interface, but it is not the most user-friendly in the marketplace. Porsche has its own Android/iOS compatible program to help track and control a number of the Macan’s systems like security and navigation, though accessing it requires a monthly fee. Not cool. 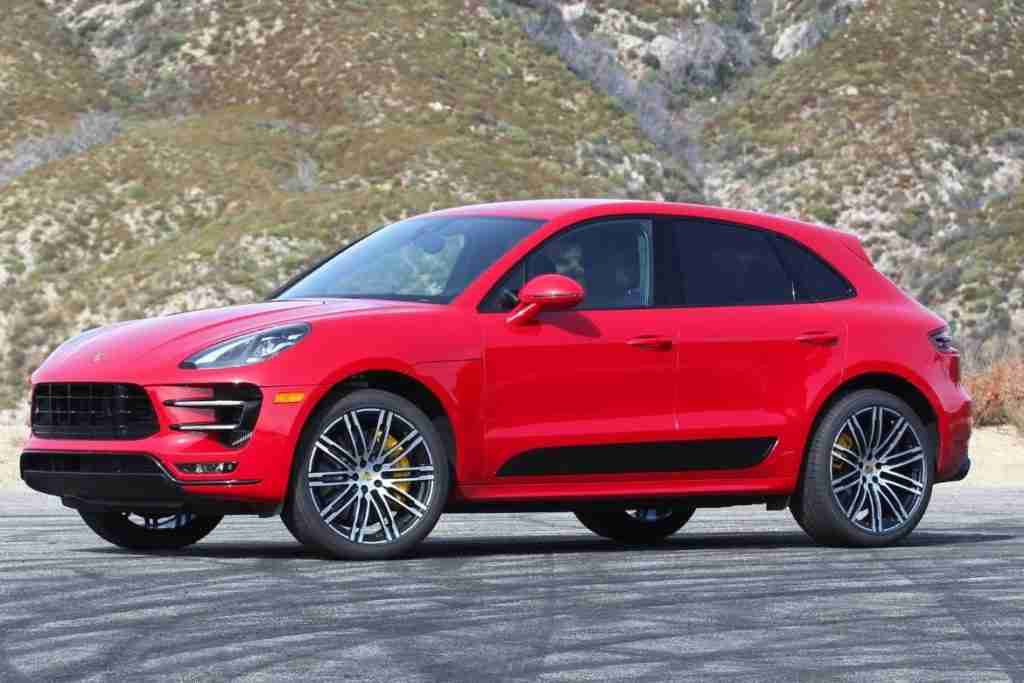 The 2018 Porsche Macan is a five-seat compact luxury SUV available in five trim levels that correspond to different engines: base, S, GTS, Turbo and Turbo with Performance Package. All come standard with all-wheel drive and a seven-speed, dual-clutch automatic transmission in addition to a respectable quantity of standard features.

Porsche adds a couple more standard items as you move up in the scope, but you will likely need to pay a visit to the options list to have a Macan equipped how you really want.

Last but certainly not least, Porsche offers a Macan Turbo with Performance Package (440 hp, 442 lb-ft) trim that provides a few engine tweaks for more power and an adaptive air suspension which has a lower ride height.

Yes, the performance package sounds good. In fact, almost all of it sounds good. That’s not the problem. The problem is to actually get a Macan that I would want, it would be close to 6-figures, you think? Let’s find out. Watch the video clip above. 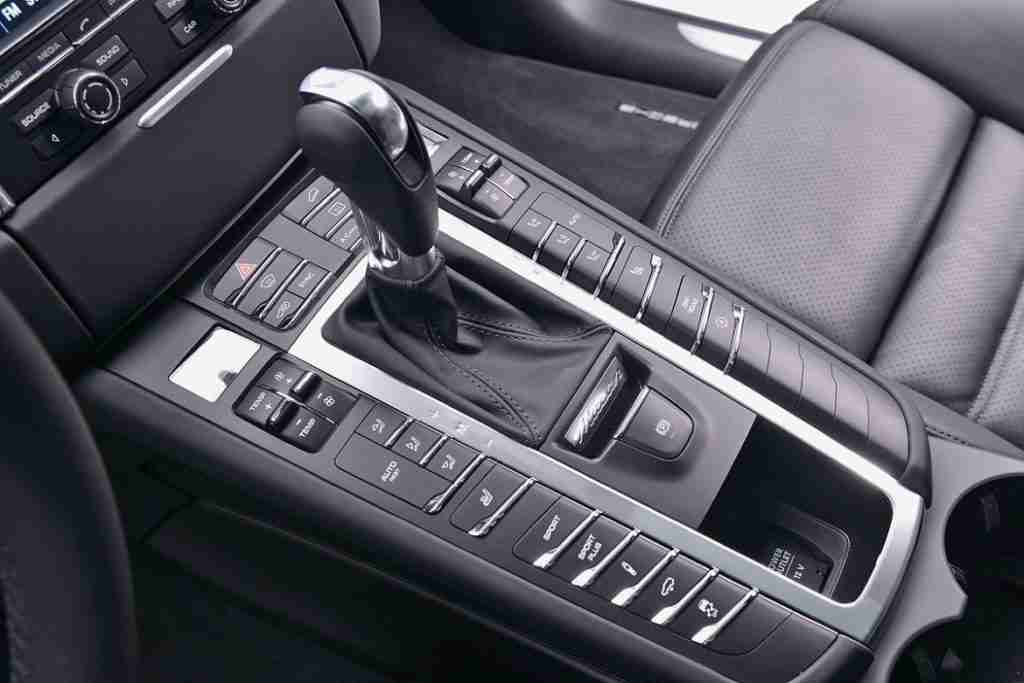 The majority of the goodies on Turbo are offered on the other trims as part of their Macan’s extensive options list. Although virtually all those options are available as standalone things, there are two notable packages that could make ordering or picking out a Macan a bit simpler.

The Premium package adds the adaptive headlights, auto-dimming mirrors, heated front, and rear seats and the 14-speaker Bose system. The Premium Package Plus adds these things along with a panoramic sunroof, keyless ignition and entry, and 14-way power front seats with memory and ventilation functions.

The NHTSA and IIHS have not crash-tested the 2018 Porsche Macan. Lane change assist could be had as a standalone option or bundled with lane keep assistance. Adaptive cruise control comes bundled together with Porsche Active Safe system, which unites forward collision warning and automatic emergency braking.

EPA fuel economy ratings are 20/25 mpg city/highway for the entry-level Macan and 17/23 mpg for all models equipped with the 3.6-liter twin-turbo V-6. There are 17.7 cubic feet of cargo space behind the second row and it could be expanded to 53 cubic feet together down. All variants of this Macan can tow up to 4,409 lbs of payload when properly equipped.

Is the Porsche Macan S a Good SUV?

The 2018 Porsche Macan S is a fantastic luxury compact SUV, highlighted by outstanding acceleration and sensational street manners. Its standard all-wheel drive is a rarity in this class. Inside, the Macan has high-end materials and comfy, supportive front seats.

Additionally, it has an infotainment system and standard and accessible tech features. However, the Macan’s cargo capacity is lower than many class rivals’. Additionally, it has low fuel economy estimates and a higher price tag than most classmates, which is what I don’t like.

Should I Buy a Porsche Macan S?

The Porsche Macan is accompanied by an above-average starting price for the course. If your budget permits, it is an excellent option from the luxury compact SUV class. Otherwise, there are other alternatives in the class offering comparable value at a less expensive price. The BMW X3 and Jaguar F-Pace are two SUVs with comparable athleticism into the Macan. As an additional bonus, both have more cargo space than the Porsche. Another classmate, the Audi Q5, has a good balance of sportiness and comfort.

Should I Buy a New or Used Porsche Macan?

Porsche didn’t make any significant modifications to the Macan for 2018, so if you are receptive to driving a used vehicle, you could probably save money with a very similar 2017 or old Macan. The SUV was released to the 2015 model year, and it has only gone through a small number of changes since.

2016 models gained a recently available surround-view camera, while Porsche added new foundation and GTS models for 2017 (each with a brand new, different engine), in addition to standard security features such as a rearview camera, parking sensors, and lane departure warning.

The 2018 Porsche Macan S is a vehicle that deserves its place in the top third of luxury subcompact SUV rankings. It provides outstanding performance and has among the nicest interiors in the business. There are just a few notable shortcomings, and very few class rivals can match the Macan concerning athleticism or interior quality, let alone both.